By Jeremy Dawes on January 2, 2018 in Wine Benefits 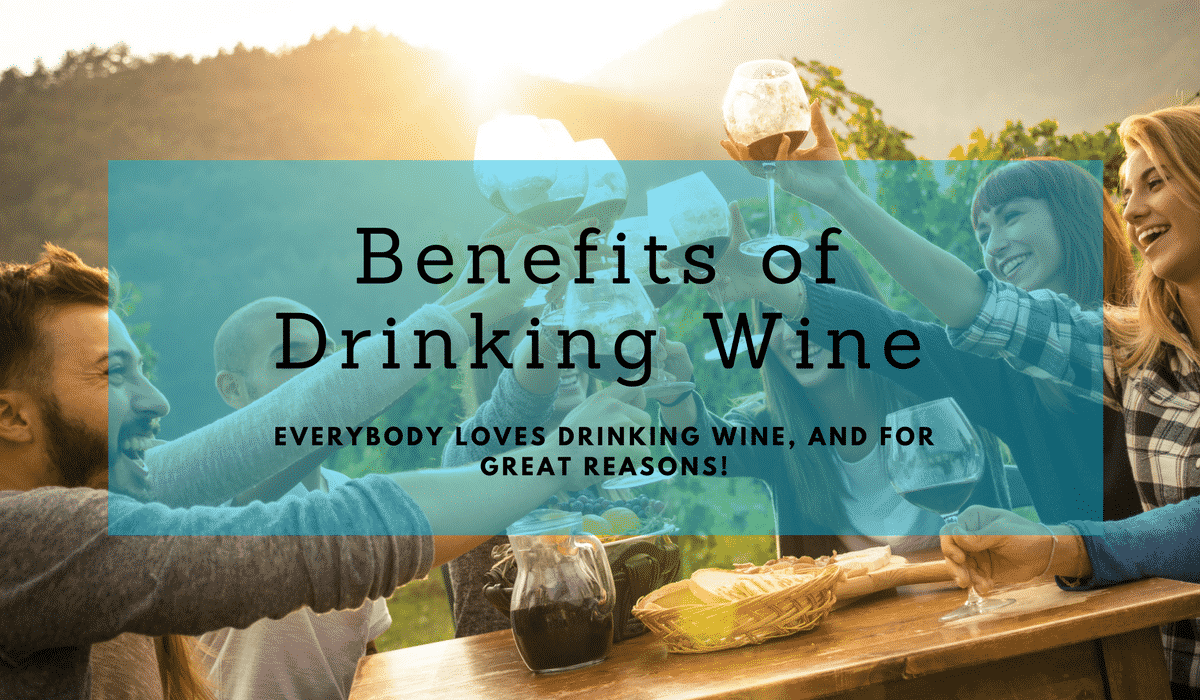 Wine has a lot of benefits that may surprise you. Drinking a couple glasses of wine may turn you into a stronger and healthier person. Just remember that, as with everything, wine should be taken in moderation.

Tons of studies support wine’s potential to give you a healthier mind and body. Do not think that just because wine is an alcoholic drink, it is automatically bad for you. It has a lot more health benefits than one would expect.

Wine contains a chemical compound called resveratrol. This is found in the skin of grapes and other berries. Resveratrol has been proven to be able to deter the growth and spread of acne-causing bacteria.

The antioxidants found in wine and other fruits and vegetables are more effective than all those expensive creams.

Suffering from a bad case of sniffles? A glass of wine may just be the solution you need.

At a study undertaken across different universities in Spain, it was found that those who drank wine had less likelihood of catching a cold. This is compared to those who drank other forms of spirits.

It is believed that the antioxidants in wine lower inflammation and lessen cold symptoms.

Fruits such as the grapes that are found in wine boost the high-density lipoprotein (HDL) in the body. HDL, also known as the ‘good’ cholesterol, is called that because it helps remove other forms of cholesterol from the body.

It also improves the lining of the arteries, and even unclogs these arteries.

Because wine aids in unclogging and cleaning arteries, blood clots can also be prevented, lowering the risk of strokes caused by clotting.

A study at Johns Hopkins University also showed that wine can increase the level of heme oxygenase. This is an enzyme that can protect nerve cells from damage to the brain caused by stroke.

5. Take care of your heart

Cardiovascular diseases and heart attacks may also be prevented by drinking wine. Wine dilates the arteries and helps in aiding blood flow throughout the body. This is through the help of tannins in red wine which contain procyanidins.

In an issue of Annals of Internal Medicine, a study has shown that those who drink wine had lower mortality caused by cardiovascular disease.

6. Have a longer happier life

It was found in a study at Harvard Medical School that wine contained phenols that aided in animal health and longevity. It has also been researched that those who drink wine have a mortality rate that is lower by 34% compared to those who drink other forms of alcohol.

Wine contains phenols that help in improving memory. Tests have found that there is an increase in word retention and brain performance after having a glass of wine.

Drinking wine can also prevent the inflammation of blood vessels that are factors to decline in cognition. In the long term, this may also prevent the onset of dementia and other neurological diseases.

It is no secret that a bit of alcohol can help you calm down and relax. Research studies undertaken in Spain showed that those who drank a couple of glasses of wine a week have a lower tendency to be diagnosed with depression.

Get your own personalised wines and spirits from Wine Design, and enjoy a healthy and happy life!

View all posts by Jeremy Dawes →

Aging of Wines: Everything You Wanted to Know About
What Not To Pair with Your Wine